I am a passionate young journalist who has used a love of sports — and a hunger for good stories — to write and talk about communities, people and events on local and national levels. My dedication has fueled me in leadership positions in student journalism and as a writer for The Boston Globe, BasketballNews.com and numerous media outlets.

Despite spending my whole life in New England, I never felt quite attached to my generation's legends.

The Boston sports scene indoctrinated me quickly as a young fan growing up in Rochester, MA, and then Portsmouth, NH. But while the 21st century gave me Tom Brady, David Ortiz, Paul Pierce and a host of other local icons to idolize, I always attached my fandom to less popular players. Deion Branch (post-prime) was my favorite Patriot, Daisuke Matsuzaka enthralled me on the mound, and Mike Miller brought me into the basketball world. My first childhood sports hero, Bobby Labonte, never won a single NASCAR race during my time as a fan.

These athletes interested me because my friends did not know their backgrounds. I felt a personal responsibility to share who they were and why they mattered. That deep-rooted need to uncover the untold stories in sports has brought me to journalism.

At Boston University, I covered collegiate athletics for our student radio station, WTBU Sports. While the Terriers are known for their hockey teams, I managed the women's soccer beat my freshman year and both basketball beats as a sophomore on the way to roles as basketball editor and co-director of the sports department. I dedicated myself to covering the basketball teams fairly and accurately; I'd like to believe I am one of the most knowledgeable Patriot League basketball journalists out there.

College allowed me to explore photojournalism. I shot Boston University basketball teams throughout the modified 2020-21 season and developed professional-quality pictures for publication. The training would serve me well; I now have photos featured in the The Boston Globe, where I also launched my professional career as a reporter.

I have worked as a high school correspondent for the Globe since I was a sophomore at BU, learning to play my role in a high-stakes newsroom while covering events ranging from award ceremonies to state championships. With the Globe, I took on the high school cross-country, girls' basketball and boys' volleyball beats. I documented a changing landscape during the COVID-19 pandemic with comprehensive weekly notebooks and hard-hitting news stories.

I also challenged myself to create. BasketballNews.com gave me the freedom to write detailed NBA analysis; I spun the traditional Power Rankings into my unique "Sour" Rankings and launched a popular Stats Notebook. I earned the editors' trust to pursue feature projects, from exclusives with NBA players to a profile on a youth phenomenon from Lithuania. By initially dedicating myself as a newsline writer, I hustled my way to a freelancing role and a social media management job for the fast-rising company.

Throughout my career in journalism, I have relied on my passion to understand the people and communities I am covering, as well as my determination to be a more knowledgeable, more empathetic reporter each day. I look forward to forging a positive legacy in this industry and eagerly invite you to read the stories I've told. 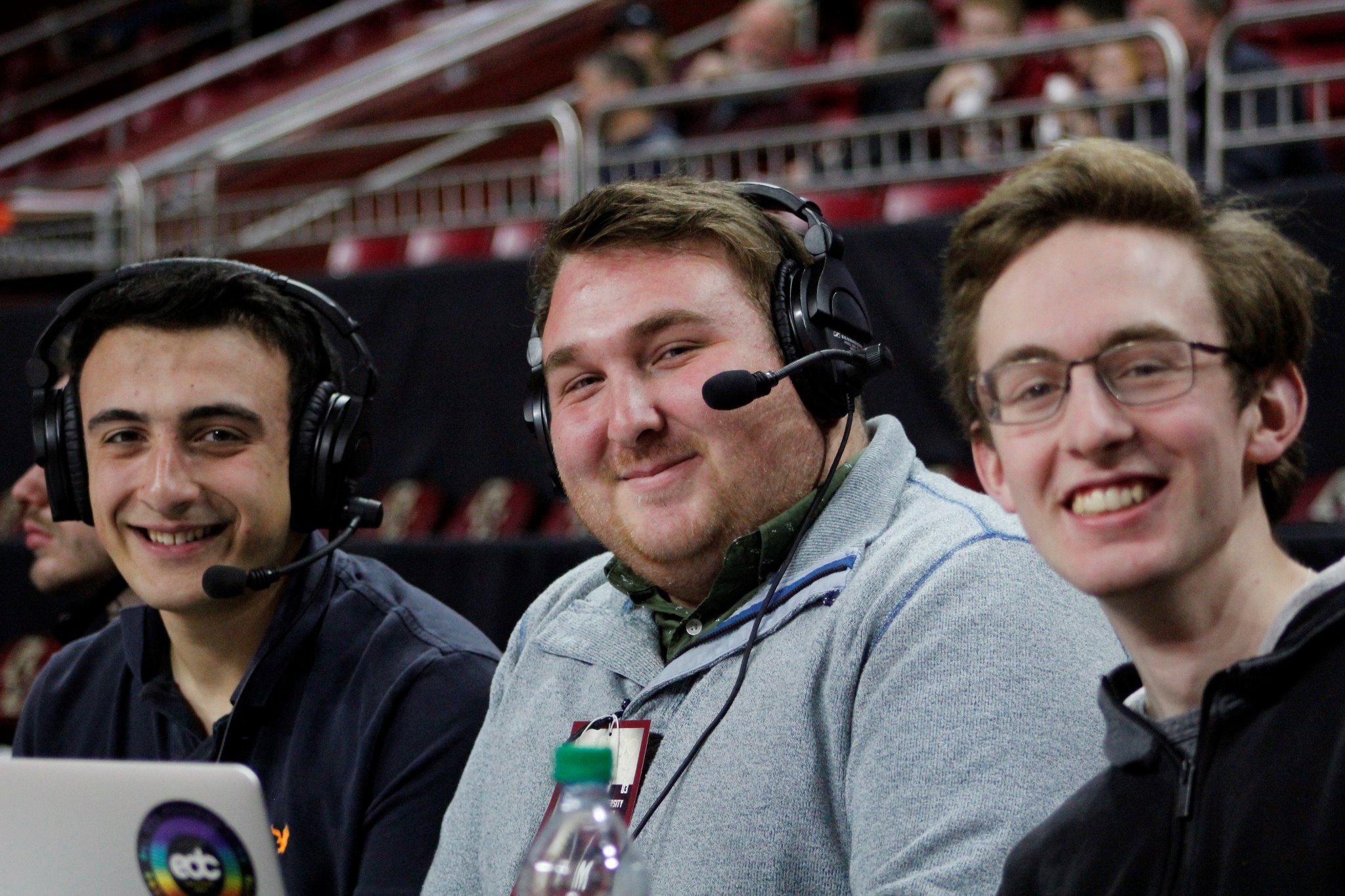 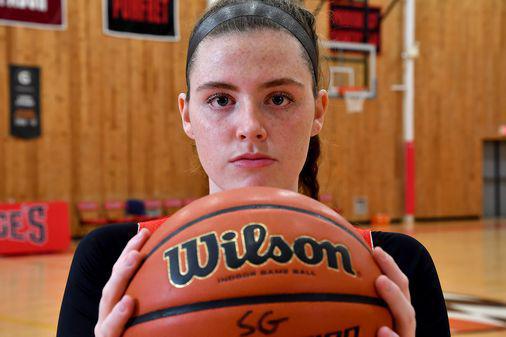 Within weeks, Donovan had taken a visit to St. George’s School and was blown away by what the Middletown, R.I., boarding school had to offer: smaller class sizes, a sprawling coastal campus, and a highly competitive basketball environment. She transferred, reclassified to the Class of 2025, and recently finished a successful first semester. Donovan was happy with her high school basketball success and her friends and coaches at Duxbury High. But soon after the 2021-22 season ended in March, she 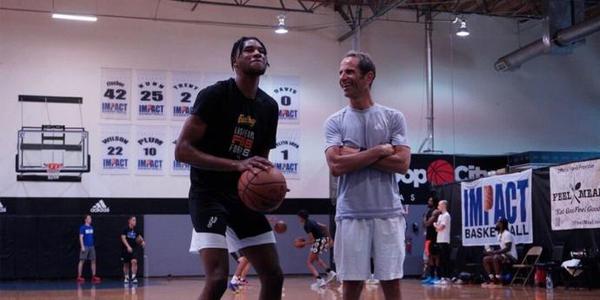 How sports nutrition and biometrics are evolving NBA training

Boot camp begins as soon as players are done with their respective prior seasons. They arrive at Impact and take part in comprehensive body testing to establish a full physical profile. The technology includes a bioelectrical impedence analysis that uses electrical currents to scan body composition. Sweat patches can read how much sodium athletes need in their system. Variables such as blood work, stress hormone levels, nutrient deficienies, pre-workout hydration levels and post-workout hydrati 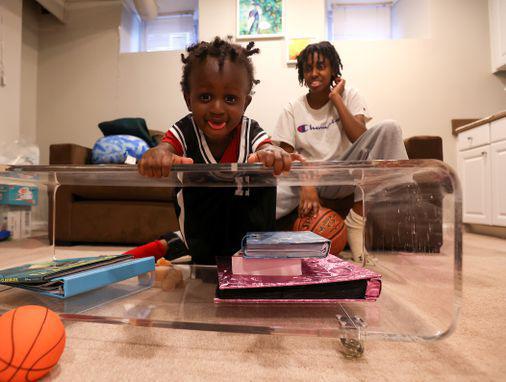 She was a Brighton girls’ basketball captain living in foster care — and a single mother. Now, she’s headed off to college. - The Boston Globe

“Busy is good for me. And I like it,” Conway said. “I’m not really overwhelmed, because once I have a schedule, I stick to the schedule.” Her schedule is written out weeks, sometimes months, in advance. During the school year, it was the schedule of an 18-year-old Brighton High senior, a basketball team captain, an aspiring college student, a child in the foster care system, and a mother. Jaylynn Conway-Hernandez maps out her month on a giant planner hanging on the wall next to her desk. It’s 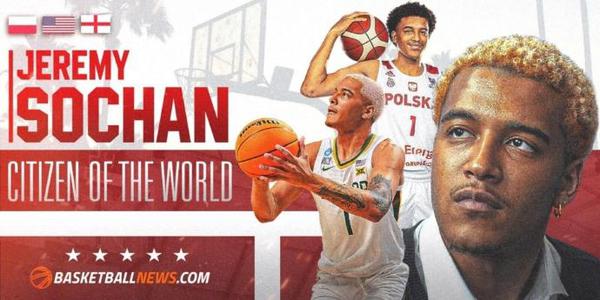 Jeremy Sochan, a 'citizen of the world,' sets course for the NBA

Sochan exploded in his second year with the program. He put up 16.1 points, 9.6 rebounds, 3.1 steals and 3.0 assists per game in the summer of 2019, leading Poland to the European Class B title and winning MVP honors in his tour de force through the continent. Sochan had proven himself on one of the largest European stages. But as his name reached scouting circles in the United States, Sochan transferred to La Lumiere High School, a national powerhouse program in Indiana. It featured a loaded r 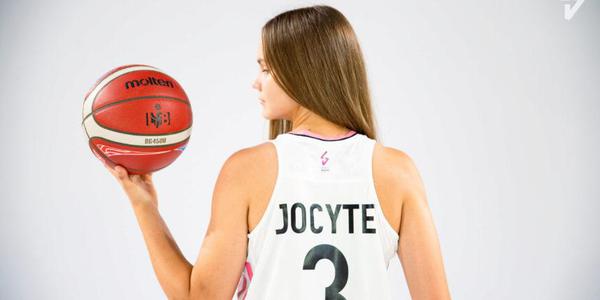 Sometimes Justė Jocytė needs to slow down her warp-speed world. The Lithuanian channels Drake and "chill music" through her headphones, and takes a walk to find a space for herself. In her preparation process, Jocytė makes it a point to clear her head of stress. "Literally, it's almost like meditating," Jocytė told BasketballNews.com in an exclusive interview via Zoom. "You just stop thinking. Just take a deep breath, clear your head out and really just stop overthinking everything. I think th 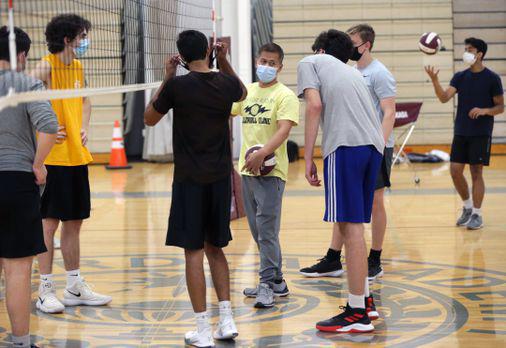 Drawing upon his family’s perilous flight from Cambodia, Brandon Eang has built a volleyball family at Westford Academy - The Boston Globe

As a coach and multimedia teacher at the high school, the 51-year-old Eang takes pride in his positive impact on young people. Soft-spoken, detail-oriented, yet methodical, Brandon Eang has directed the Westford Academy boys’ volleyball program to the top of the stacked Dual County League. The 6-0 Grey Ghosts take after his positive, experimental, and passionate approach to the learning process. But to Eang, education itself is more than a concept. It’s a complicated, tragic, triumphant journe
Close ✕